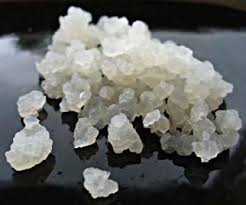 There are two types of Kefer. Milk Kefir is a drink made of fermented milk — not unlike yogurt and Water Kiefer — Made from Water and sugar (and can be flavoured with fruit and spices).

Kefir has been accredited with healing powers for centuries. In the 18th century Kefir grains were Called the “Grains of the Prophet,” by the tribes of the Caucasus Mountains and as such were to be kept secret from the rest of the world for fear of losing their power.

The people of a particular area considered Kefir grains as a measure of their wealth and the closely guarded secret of producing this “Mother Culture” (the Kefir Grains) was handed down from generation to generation was to be defended with their very lives.

In the early 1900s,the two Blandov Brothers ( who were Cheese producers in the Caucasus Mountains) were contracted by the All-Russian Physicians’ Society to obtain some of this “Kefir Cilture”.

The Brothers decided that to acquire the Kefir Culture they would send Irina Sakharov to “persuade” a Caucasian Prince, one Beka-Mirza Barchorov, to present her with some Kefir Grains

Irina succeeded in dazzling the prince but failed to convince him to give her the Kefir Grains, probably due to the strong religious beliefs. This prince had plans of his own and was not willing to give Irina up and commanded his men to kidnap her on her journey home.

When Irina was returned to the prince’s court, The promptly proposed to Irina but she refused.

Some time later the Blandov Brothers rescued Irina and, with their support, she brought a case against the Prince. The Prince tried to convince her to forgive her by offering her gold and jewels but Irina was having nothing of it. Irina instead demanded and received in settlement of her claim, Kefir grains.

The Kefir grains, first brought to Moscow in late 1908 by Irina, were used, very successfully, as part-treatment for tuberculosis in lung sanatoriums.

In 1973, the then Minister of The Food Industry in the former USSR, sent Irina (now 85) a letter expressing the nations grateful acknowledgment for her role in bringing Kefir to the Russian People.

Kefir is to truly a gift from God. Scientists have tried for over a century to produce keeper grains from pure or mixed cultures normally found in the grains but to no avail. No successful reproduction of this health food has been reported to date.

The magical powers of Kefir have yet to be replicated by science.

the age-old method of making Kefir is very simple but has been complicated in this modern world with our attention to modern technology and health issues.

In the days way back when the shepherds looked after their sheep in the mountains, they would simply take a goatskin filled with Kefir with them. They would hang the goatskin over their back and walk with animals. As they drank the Kefir they would simply replace what they consumed with fresh goat milk.

The magical cauliflower like grains would work the miracles in the fresh goat’s milk and keep the milk, usable for days. The motion of the bag on the shepherds back would keep the grains and milk well mixed as milk fermented. This process could continue uninterrupted through the ages. Today’s Kefir grains originate from the original Kefir grains the first used many centuries ago.

Centuries ago Kefir was made in goatskin bags or clay pots but in the modern age, we tend to use modern appliances and almost any container as long as it is not metal. Making Kefir is not an involved or a difficult process and we should not overcomplicate it with our modern technology.

Kefir In The New World

In the 1800s, the use of Kefir first spread when the successful treatment of various diseases such as tuberculosis intestinal and chronic stomach diseases became well-known by the Russian doctors, who began studying its properties in earnest. Although some studies into the benefits of Kefir were carried out by 19th-century, it was extremely difficult to obtain the Kefir grains then and nobody had found a way to manufacture them. This has not been accomplished yet.

Early commercial production of Kefir was not without setbacks. The common practice was:

This practice produced an inferior quality Kefir. It was thanks to the employees of the “All-Union Dairy Research Institute” that in the 1950s developed the method of adding Kefir grains to milk in large steel vessels and stirring and agitating the mixture to ripen the Kefir.

The Health Benefits Of Kefir

The claimed benefits of Kefir are many and Kefir was used in hospitals in the former USSR to treat a range of conditions such as allergic disease, metabolic and digestive disorders, gastrointestinal disorders, cancer, and tuberculosis.

In the more recent year’s sciences proven that Kefir is able to improve the immune system enhance lactose digestion and inhibits tumors, pathogens and including bacteria that cause most ulcers.

Sciences are discovering that certain diseases such as some types of heart disease and inflammatory disease may be triggered by bacteria, so it’s not a huge step to consider that the regular consumption of Kefir may really contribute towards continued health and longevity.

Improving your gut health is important and you may be adding supermarket probiotics to your shopping list in the belief that it is good for you but is it as good as you believe? Unless you by the correct type of probiotics, you may not only wasting your money but could be doing more harm than good to your microbiome?

In January 2017, Dr Michael Moseley of the BBC 2 show Trust Me I’m a Doctor performed NHS tests to determine which type of probiotic food was the most beneficial for your health. The study found that best results came from Kefir.

Kefir production naturally carbonates the milk and the water, and this carbonation continues until all the lactose or sugar in the milk or water is used up. If you bottle the milk or the water before combination has stopped, there is a good probability that the container will burst. It also means that Kefir will have a shorter shelf life. This makes it very difficult to produce Kefir commercially.

To stop the carbonation and to improve the shelf life of the Kefir products the manufacturers pasteurise them,

What Is Best, Store Bought Or Home Grown

“Dr Moseley found that supermarket Kefirs are pasteurised and the Kefir then has very little benefit because the pateurisation which kills off all the beneficial bacteria”.

So, If you want beneficial Kefir, a Kefir which gives you what it has traditionally given man and that is good health, then it is better for you to grow your own or purchase from someone who makes Kefir without pasteurising it before selling it. Kefir is a living organism and pasturisation destroys it. You do not get any of the Kefir benefits from pasteurised Kefir.

Where To Buy Kefir Or Kefir Grains

Kefir is fairly unknown in South Africa and Finding Kefir Grains could be difficult. Kefir Grains are sold in three states:

The type you by will be determined by your location in regard to the seller. If you are in the same town, you could buy Active or frozen Kefir Grains. If you stay far from the seller or if they are to be posted or couriered, then I would suggest Dried Kefir Grains.

The difference between the three is simple;

If you are looking for Kefir Grains you can contact us here.

Ask You Questions hereYour Comments are important to us. Please leave them in the comments section below.

Visit The Kefiry Store for all your Kefir needs Dismiss